Microcredits- the goodwilled, the experimental, the socially muddled, and the worthless

there are microcredits that wholly do good which we believe jamii bora is number 1 case of in africa, and then there are networks that are pushing the boundaries - this includes making temporary mistakes especially in a world of seeking out partners (many of whom have not fully resolved their own innovation conflicts- microcredit being a simpler world before digital comes along as we try to track at www.microcredit.tv 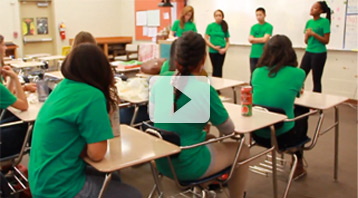 Bringing Kiva into the classroom with Kiva U.

Are you a student or educator ready to take action? Use the links below to make a difference in your classroom / on your campus / around the world.

By Matt Flannery and Premal Shah

At Kiva, we are committed to transparency as our highest value. We constantly strive to gather and share a huge amount of data about Kiva and how it works online, so that we can get regular feedback from our community and others about ways that we can grow and improve.

Sometimes though, the data we release can be misunderstood or misinterpreted. This happened several times in a recent article on NextBillion by Hugh Sinclair. We appreciate the opportunity to set the record straight below, as we respond to some of the inaccurate statements.

Sinclair: "[A]ccording to the 2012 financial statements $82 million is sitting in a U.S. bank account, and guess who earns the interest on this tidy ‘buffer?’"

This is simply untrue, and is based on a misreading of our financial statements.

We release our financial data annually, and at first we couldn't figure out how Sinclair reached the $82 million figure. Then we realized that if you add up four of the 2012 balances in the “Kiva User Fund” accounts you end up with $82 million.

Here is the breakdown of that $82 million:

It looks like Sinclair added those numbers up and implied that we are holding onto the funds for our own benefit. The amount is wrong; the innuendo is wrong.

Some of this cash is out in the field, some is locked up in Kiva Cards, some is Kiva user balances yet to be directed, and some is scheduled for release to the field. If you are a Kiva user, you know that we are constantly reminding you to lend your balance so that the funds are not idle and can be used in the field.

Note the “Kiva User Funds” is an escrow-like account. It is a FDIC insured, low-yielding “For Benefit of Others (FBO)” account that we administer. We set up this FBO account so that Kiva users’ funds (meant for lending) are fully separate from Kiva’s operational funds as a nonprofit (Kiva Microfunds) and protected.

Sinclair: "[G]uess who earns the interest on this tidy ‘buffer?’"

Actually, Kiva only earns nominal interest (less that 0.5 percent) on the balances in lenders' accounts. That's because, to protect lenders, we operate our users’ funds like an escrow account and do not invest it to earn interest. The cash sits fully liquid in a Wells Fargo demand deposit account.

In 2012, Kiva received about $50,000 in interest on this FBO account. That interest helped to pay for things like transaction fees to transfer those funds to the field (and in 2012, the transaction fees on these funds were about $30,000).

So in total, Kiva earned roughly $20,000 from the bank, net of transaction fees.  This reflects our philosophy that we shouldn't put our lenders’ capital at risk, and instead should be as conservative as possible in safeguarding those funds.

Sinclair: “Despite most staff being volunteers, Kiva managed to spend $0.13 for every $1 loaned. Typical specialized microfinance funds will make a modest return with a 2 percent annual management fee from which to cover all costs – making them 6 or 7 times more efficient than Kiva in getting money from investor to poor person.”

Sinclair compares Kiva to a typical investment fund when he discusses our financial efficiency. In doing so, he misses our larger social aims. Unlike a typical investment fund, we aim to engage and educate individuals, creating a simple way to connect with someone across the planet and advance a market-based approach to poverty alleviation. Through this experience, our lenders supply loan capital with altruistic motivation. This 0 percent interest “patient capital” can uniquely fill a critical gap between limited pools of donor capital and abundant pools of risk-averse commercial capital.

Like any mission-driven organization, we are aspirational. We set lofty goals, and are relentless about improvement. Some elaborations:

Kiva works to maintain its overall efficiency and effectiveness. Many have validated this, including Charity Navigator, which gives Kiva its highest rating.

Sinclair makes it sound as if there is a mass Field Partner exodus at Kiva due to high operational cost. Again, simply untrue.  Each year, we retain the significant majority of Field Partners and add several new ones. And when Kiva no longer works with a Field Partner, it’s typically for reasons other than operating cost.

For example, as issues of mixed impact and over-indebtedness in the microfinance industry emerged, Kiva developed an intentional strategy to ask mature MFIs to either exit Kiva or reorient how they use Kiva. Our goal in reorienting mature MFI’s was to focus the internet community’s low-cost patient capital at expanding microfinance’s risk and cost frontier – rather than subsidizing an over-crowded market.

Since then, Kiva’s mature MFI partners have responded by creating over 60 new loan products representing nearly a third of Kiva’s outstanding loan portfolio. The internet community’s patient capital now provides more room to test student loans with longer tenures or agricultural loans with delayed repayment schedules. If the repayment rates are high, these new loan products will be mainstreamed and more will be better served. As Bill Gates recently stated, philanthropy is most catalytic when it can crowd in the private sector.

Sometimes we exit partnerships because we’ve identified and verified fraud or misreporting of data. We communicate these findings on our website. You can see a list of all partners – past and present – here http://www.kiva.org/partners; you can click on any partner link to see its current status and any recent updates.

Sinclair: “Institutions such as Zidisha may be a step in the right direction, actually doing what Kiva claims to do.”

We agree that direct loans to borrowers may be a step in the right direction.

Two years ago, Kiva launched an experiment in Kenya and the U.S. called Kiva Zip (KivaZip.org), to directly lend to borrowers at 0 percent interest over the internet (e.g. PayPal) and via mobile phones (e.g. M-PESA). We transfer the funds raised directly to the borrowers.

The key innovation we’re developing is “social underwriting” where people and organizations can vouch for a borrower’s character online. “Social underwriting” qualifies borrowers without a formal credit history for a lower interest rate loan versus their market alternatives.

The best thing about this model is that cost savings from leveraging existing social capital and new technologies can be passed on to the borrowers, which helps enable our 0 percent interest loans.  The downside is that the borrowers receive less hands-on support.

In Kenya we’re nearing 2,000 borrowers served with strong demand, and a repayment rate of 92 percent. In the U.S., lenders have supported about 500 people with an 87 percent repayment rate.  We’re still very much at the beginning stages of this experiment but are learning a ton.

We’re directly measuring impact through survey data over SMS, which is very promising so far.  And later this month, researchers at Innovations for Poverty Action in Kenya will start preliminary research towards a full Randomized Control Trial. Inspired by GiveDirectly, we wonder if there’s a way to reach the same population with extremely low-cost, flexible repayment loans that would create similar social impact on a more sustainable basis.  Time – and a lot of work – will tell.

In the eight years since we started, we’ve worked to raise awareness, connect people and spread access to capital and opportunity. Our community has made solid progress, but this project is far from complete.

We know that poverty is multidimensional, that microcredit is just one tool, and that it is far from being perfected. Along those lines, we’re working to make microcredit more impactful by reducing borrowing costs, increasing repayment flexibility, pairing it with high impact interventions in agriculture, water and sanitation, health, education, clean energyand more.

We appreciate the opportunity to set the record straight on Kiva and respond to some of the factual inaccuracies in the original article.

Matt Flannery is the co-founder and CEO, and Premal Shah is the president of Kiva.

Replies to This Discussion

6 years ago needs to be a long time in world of development but we quite like this 2008 format marketplace of ideas- have you seen updates?

key question of our life and times-can online education end youth unemployment for ever ? yes but only if you help map how!